One of the best parts of the holiday season is all the fun cocktails we get to make! From holiday get-togethers with family and friends to office parties with your team, it’s the time of year to indulge in some decadent spirits! If you volunteered to mix up a few cocktails for a function or if you are hosting, it’s a good idea to keep some:

A classic flavor for this time of year is gingerbread. We love a good gingerbread cookie or a gingerbread house, so why not bring that gingery goodness into a cocktail? Here’s a delicious gingerbread martini recipe your guests will be talking about for weeks to come!

How to Make It: 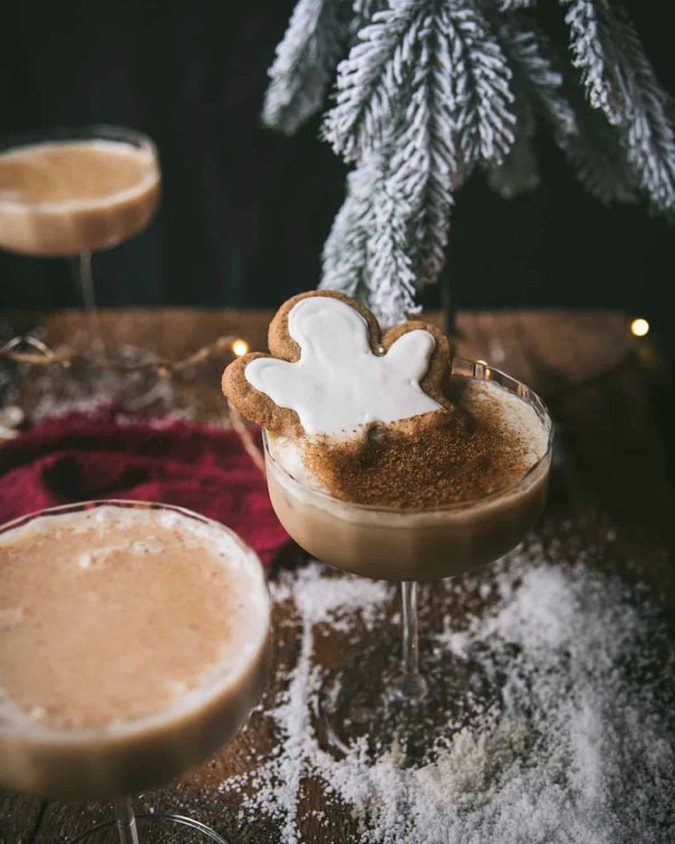 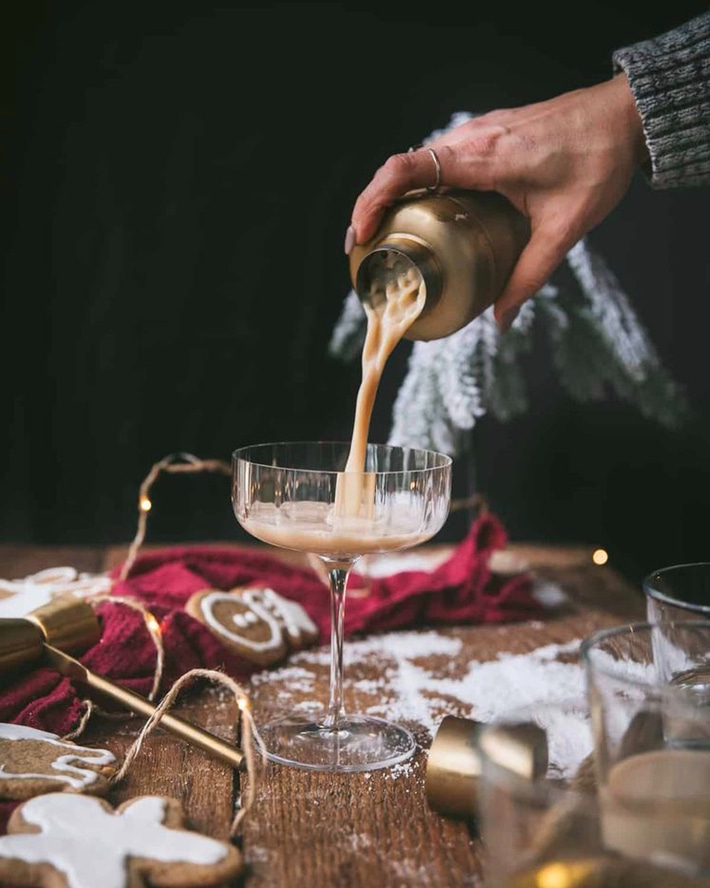 Taste the mistletoe! (Without actually tasting it, the plant is actually poisonous.) Needless to say, this martini contains no actual mistletoe, but it was named in its honor since it tastes as sweet as the kiss under the mistletoe. Enjoy the holiday cheer this cocktail brings!

How to Make It

1) Combine all ingredients (except for mint)  into a shaker with ice, shake, strain and pour into a martini glass rimmed with sugar.

2) Garnish with mint and a cranberry skewer. 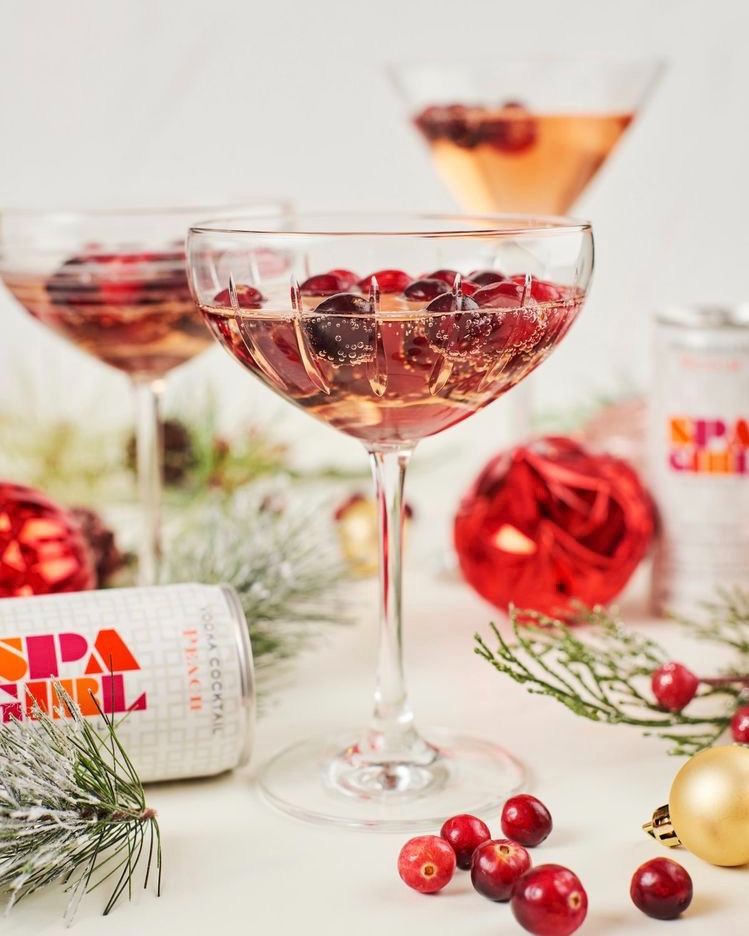 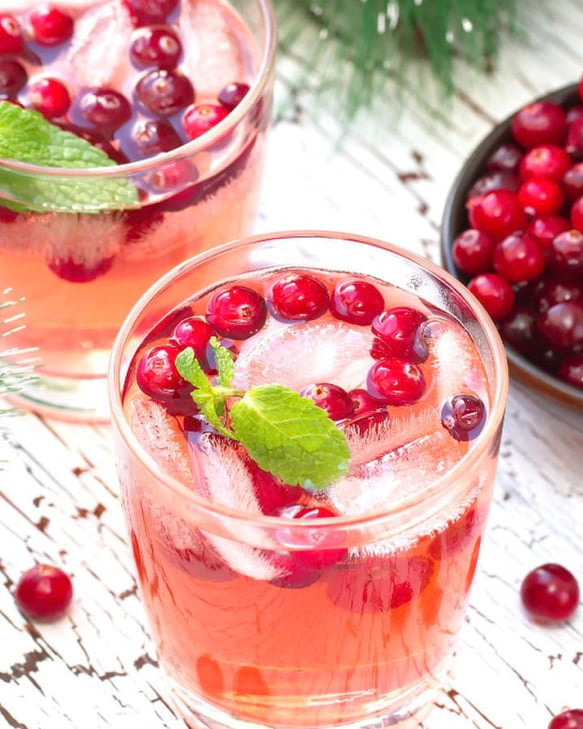 When it’s cold outside, a hot, buttery drink makes you feel all the warmth and love in the world. It’s as soothing and comforting as it is delicious. Make this classic holiday drink to warm the mouths and hearts of your closest loved ones!

How to Make It:

1. Use two Irish coffee mugs to split ingredients. In each mug, stir together 1/2 of the brown sugar, unsalted butter, honey, cloves, cinnamon, and nutmeg to make a batter.

2. Add ½ of the caramel-flavored vodka and rum to each mug.

4. Stir vigorously until the batter is completely dissolved.

5. Garnish the drinks with cinnamon sticks. 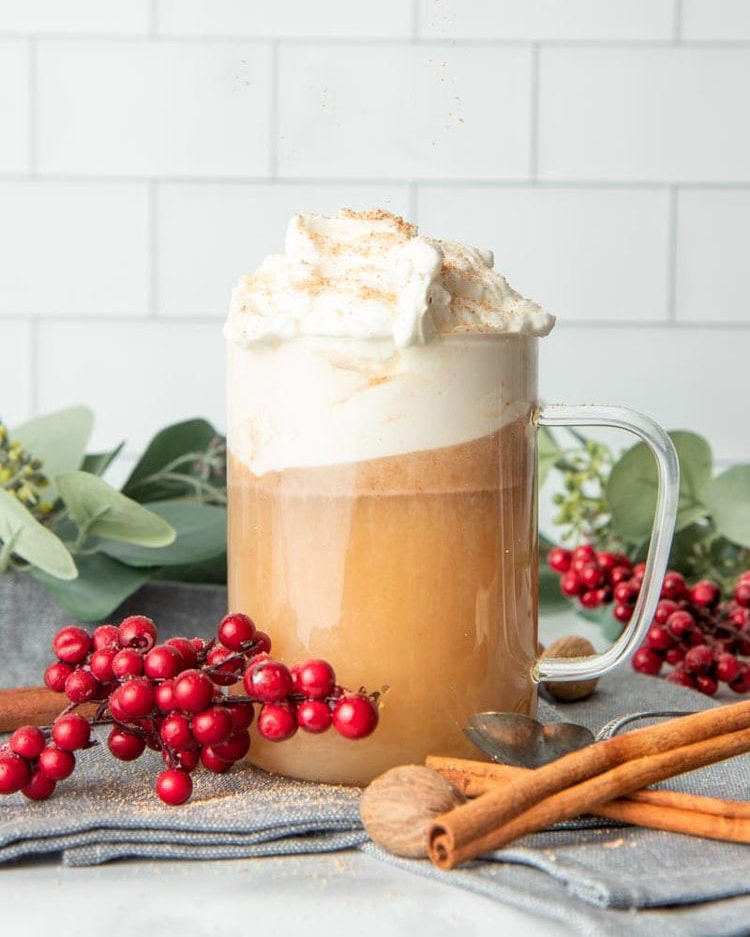 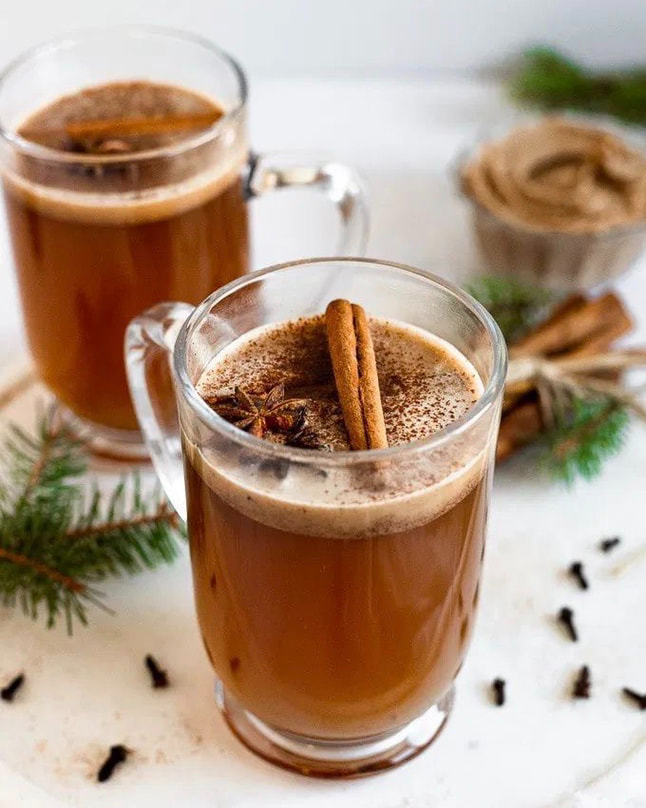 There’s something cozy, comforting, nostalgic - magical, even - about mulling wine. It brings us back to a snowy day in the renaissance times. This classic holiday drink from the olden days has never gone out of style and warms you up from the inside like nothing else can. You really can’t go wrong with this recipe!

1. Combine Ingredients in a saucepan.

2. Heat until the wine reaches just under a simmer over medium-high heat. (Don’t let it bubble in any way. Alcohol starts to vaporize at 172°F, so take cares so the wine doesn’t evaporate.)

3. Reduce heat to low, cover completely, and let the wine simmer for at least 15 minutes or up to 3 hours.

4. Stir and Strain with a mesh strainer to remove the mulling spices and orange peels. 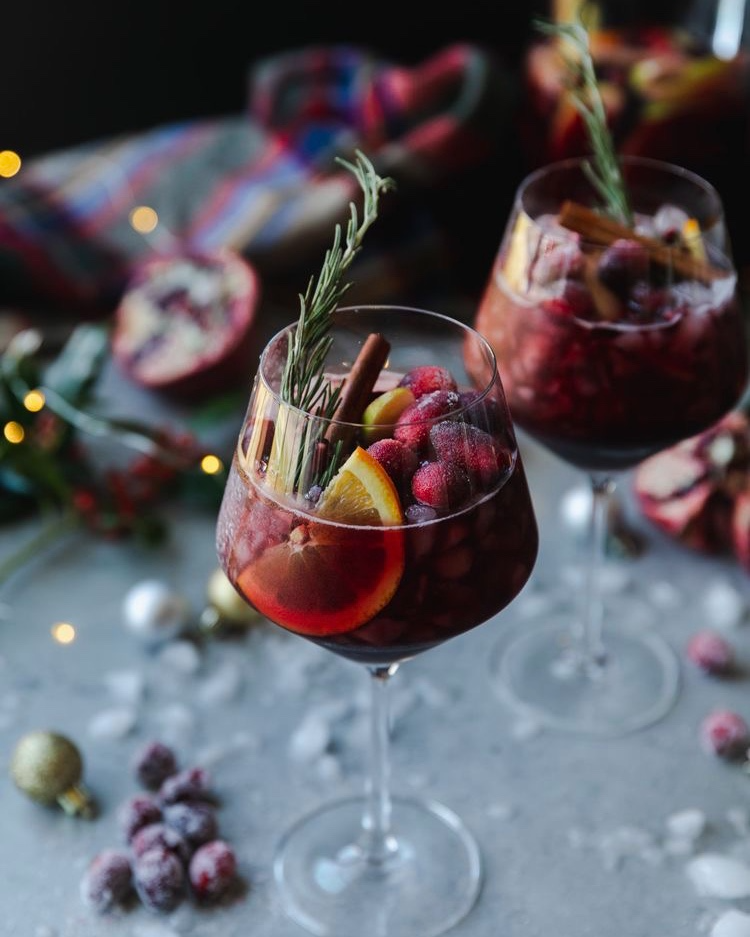 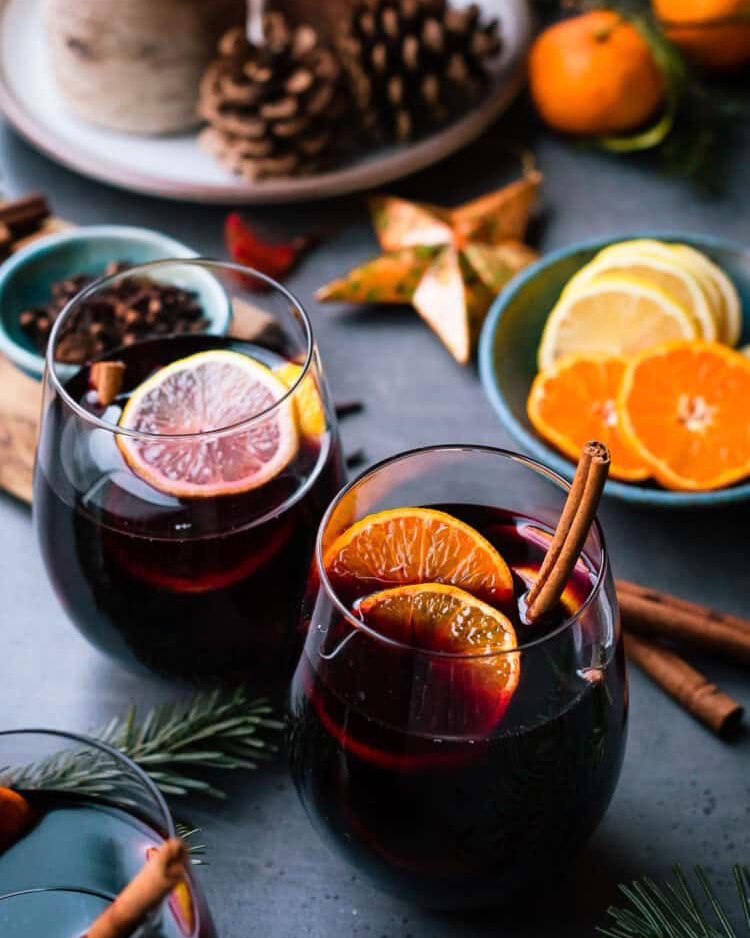 On the isla de encanto (island of enchantment) we know as Puerto Rico, this drink is synonymous with Christmas. It’s like eggnog - but better. It is the creamiest, yummiest rum drink that embodies everything the holidays are about in the caribbean. If you’ve never had Coquito before, you’re in for a real treat.

(Choose a rum you like. White, aged or spiced rum all are good for this and varies with your preference.)

1. Place the sweetened cream of coconut, evaporated milk, condensed milk, coconut milk, vanilla, cinnamon sticks, and nutmeg (all the ingredients except the rum) in a large saucepan.

2. Warm over medium-high heat until just starting to simmer.

3. Remove from heat, cover, and let infuse for 30 minutes.

4. Remove the vanilla and cinnamon sticks. Pour the mixture into a pitcher or punch bowl.

5. Add 1 cup of rum and taste; add more rum for a stronger batch. Around 2 cups as I prefer it strong.

7. Serve neat or over ice in small portions. Garnish with grated nutmeg or ground cinnamon as preferred. 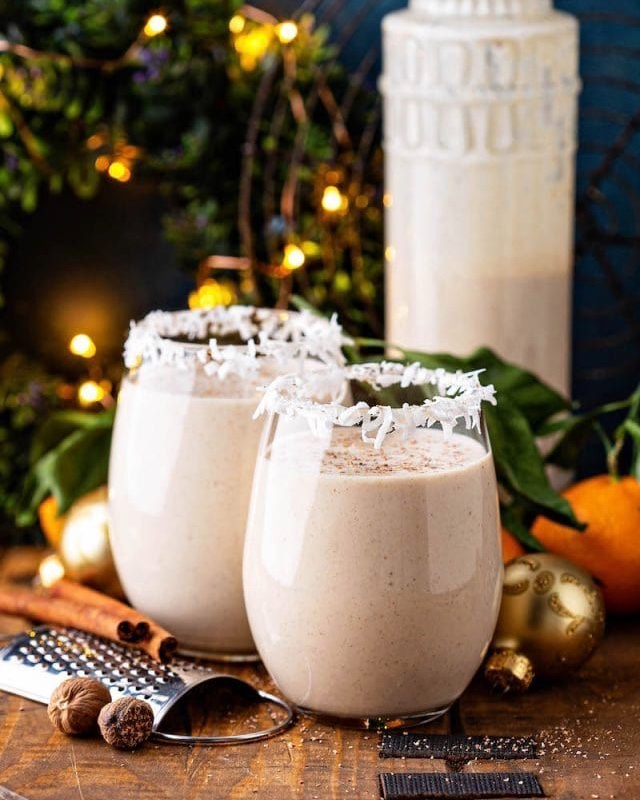 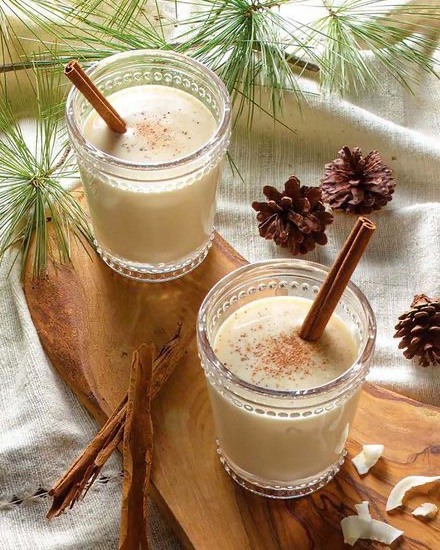